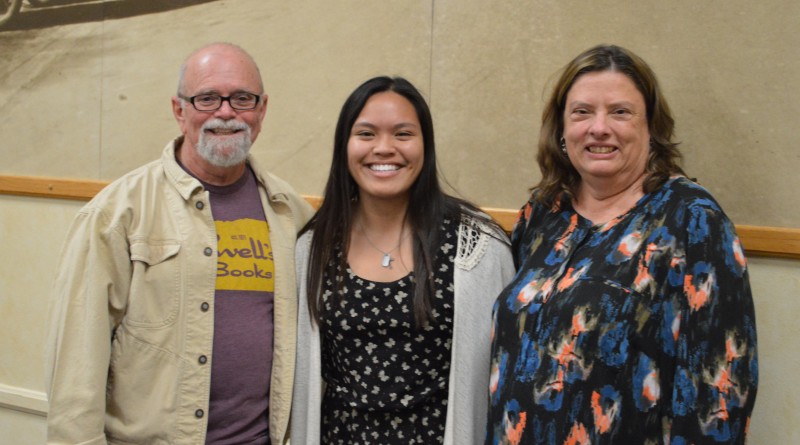 “Poems are a magical form of literature. They’re like windows to the soul.”

These are the words of Ms. Julie Hedrick after the Poetry Out Loud assembly on January 13th, 2016.

“I think a poem is transformative,” says Hedrick. “The students who compete make [a] connection with this piece of literature and the poet, and that’s a magical experience for the competitor.”

Poetry Out Loud, an organization of the National Endowment for the Arts, was created to encourage young people to learn about great poems and build their self confidence through public speaking. Introduced by Ms. Susan Pennington, a former Villanova English teacher, Poetry Out Loud has been embraced and encouraged by both students and faculty every year. Since its introduction, Ms. Hedrick has seen Poetry Out Loud change students’ perceptions of poetry to be less analytical and more of a joy.

“Poetry has made me laugh, made me cry, made me think, and see the world differently,” Ms. Hedrick comments. “Sometimes when I hear one and it’s worded so perfectly, it’s like, ‘Aha!’ You make this connection to that poet, and that’s special.”

This year, students Peter Appleby (‘18), Paola Cuesta (‘17), Emily Mam (‘17), Nique Salapare (‘17), and Lyla Swan (‘19) were competitors in Villanova’s Poetry Out Loud competition. After the school competition, the winner advanced to the county competition at the E.P. Foster Library in Ventura. Winning by a small margin was Nique Salapare, followed by runner-up Emily Mam. 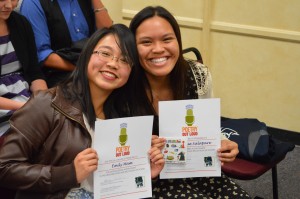 “I was happy, I think, and excited,” Salapare replied when taking a moment to think about her emotions after the assembly. “I wanted to share art with the community. Competing was fun, but it was more fun to be able to hear other people’s poems and share mine.”

Salapare, who recited “Learning to Love America” by Shirley Geok Lin Lim and “In Memoriam: Martin Luther King Jr.” by June Jordan, went on to take second place in the Ventura County competition on February 3rd. Previously, she had emceed the competition before becoming a participant herself.

“To be honest, I wasn’t thinking of it as a competition,” Salapare explained about her decision to compete. “Like I said, I entered really to share poetry with the school and possibly [its] beauty.”

“I wanted to find poems I could relate with,” Cuesta explains. “ Having some that are half-Spanish [means] I was able to identify with my culture and feel the poem.”

Cuesta, in her first year at Villanova, found that the competition was different from what she thought, but fulfilling all the same. Overwhelmed by the support and positive feedback she received, Cuesta talked about how the community showed appreciation for her choice in poetry and courage to compete.

“I [couldn’t] even remember the competition right after it happened,” Paola said, laughing in her own amusement. “I do remember everyone being so supportive and congratulating me on even competing and saying I was brave to do it.”

Poetry, as a concept, is taught at Villanova, but the induction of Poetry Out Loud has given students a new way to appreciate it. Rather than seeing poetry as words on a page needing analysis and constant re-reading, students get to see that poetry is also performative. These performances included Dr. Sun Lee reading a poem (which she dedicated to one of her friends) and Mr. Brian Galetto reciting his own spoken word poetry about his time in New York and the people he met. In the words of Ms. Hedrick:

“The students show [their classmates] that poetry can be wonderful and entertaining. Learning, reading, hearing, absorbing poems––it’s transformative.”

February 14, 2016 Alena Willbur Comments Off on “Souls of Stone”