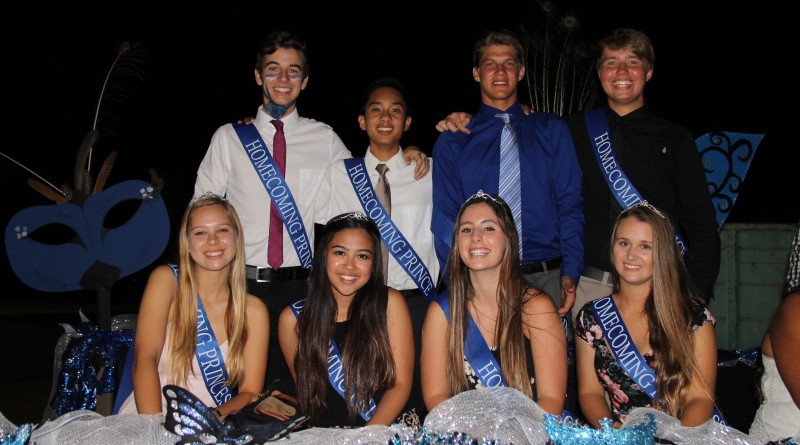 Gold walls, red accents, and mask-covered faces were all around as people walked in the doors. On September 26th, 2015, Villanova’s homecoming took over the ballroom of the Ventura Beach Marriott. This year’s theme, Masquerade, made for a good time with masks and beads for student (and teacher!) photo ops.

Like every year, the first major dance is planned and prepared by the sophomore ASB officers. This year, under the guidance of Miss Burgett, the four officers picked out a venue and planned every detail of Homecoming 2015. Matthew Richards, president of the sophomore class, had only been on middle school student councils before this year but went into the job knowing that homecoming was a dance for which everyone had high hopes, especially after the Freshman Welcome Dance.

“It [was] nice to have friends and other ASB members to help me out,” Richards said. “Once you get going, it’s kind of routine.”

The theme was picked from a list of suggestions sent out to Villanova students, and it was ASB’s job to approve the final decision. Richards, new to ASB this year, admitted that sometimes it could be overwhelming. Despite his nerves, Richards seemed lighthearted about it all and was still excited for what proved to be one of Villanova’s biggest homecomings to date.

“I was really looking forward to being there with my friends, dancing, great music, and the food,” Richards said.

This year the sophomore class has a new moderator: Miss Burgett, the English 10 teacher. As class moderator, she also took on the role of helping to plan homecoming. However, she decided that the students should have more of a hand in the process than she would.

“I’m in charge of the officers,” Miss Burgett commented. “The vision came mostly from them. Everything from beginning to end: the venue, decorations, and tickets.”

As a classic high school experience, homecoming creates many good memories for students who attend. For the freshmen, it was a night to top off a week of firsts. Alfonso Mendez (’19) talked about his nomination as homecoming prince. 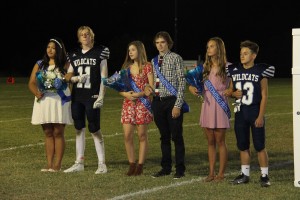 “I was surprised but very happy when they announced my name. I was [pretty shocked],” said Mendez, who was announced as freshman prince during the pep rally the previous day. Alfonso explained that he did not know what to expect of his first high school formal, but that added to the experience, especially since so many people knew who he was after being on homecoming court. “I danced with friends and strangers, and I made a lot of new friends that I now talk to,” he said. “My favorite part was meeting new people and having a real high school experience with people that are very nice and like to dance!”

While homecoming is a new beginning for freshmen, for seniors, it’s the beginning of the end. Katie Norris, graduating this May, enjoyed her final homecoming that Saturday night and had a few reflections on her past four years.

“I will miss getting ready with my friends and just dancing and having fun with them,” Norris said. “My favorite part would honestly be…the whole thing! I tried to make the best of this [year] because it was my last.” In her final year at Villanova, Katie has had four spirit weeks and four homecomings to enjoy. She leaves a final piece of advice for the students that will remain after she graduates: “Go into it with an open mind. You only have four homecomings in your life, so make the most out of every one because you might not believe it now but, trust me, it goes by so fast!” 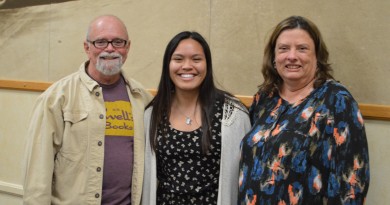 March 17, 2016 Alena Willbur Comments Off on #TBT Poetry Out Loud 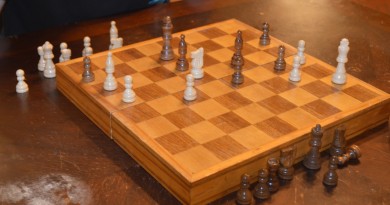 The Genesis of Dorm Chess

February 25, 2016 Alena Willbur Comments Off on The Genesis of Dorm Chess 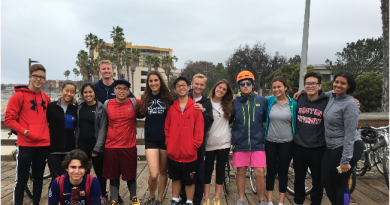 Rolling Down the Road

May 25, 2016 Alena Willbur Comments Off on Rolling Down the Road