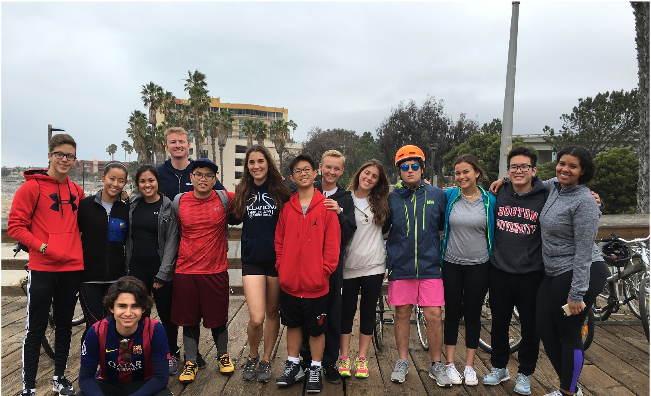 After a week of hard work, a group of dorm students decided to meditate in nature by going on a biking trip organized by Mr. Tyler Hart. On February 9, around nine in the morning, the lobby was filled with eager students. There were fifteen people total, including Mr. Hart, his son, and resident staff Ms. McLaughlin. As they arrived at the bike rental shop, everyone rushed in to pick a bike that they liked. The students tried to get comfortable with their new vehicles as many, such as freshman Ashley Bates, needed to recall how to ride a bike.

The group soon hit the trail and began the journey. The atmosphere was filled with happiness as the wind cooled their faces and the sprinkling rain chilled their skin.

People rode at different paces––some treated the ride as a workout, some took many pictures along the way, and some used the time to bond with others. By noon they reached their destination at the Ventura pier, having covered fifteen miles, then ventured off for lunch at In-n-Out. All fifteen people also went to downtown Ventura for a drink at Starbucks, or in Noriko Katagishi’s (‘17) case, three drinks. After a half hour of resting and quality bonding time, they returned to the pier around 1:40 p.m., where the pickup trailer from the bike shop was waiting. Meanwhile, Mr. Yamauchi drove a van to pick the group up and head back to school.

Overall, every student was able to maintain a positive attitude before, throughout, and after the trip. It was an opportunity for students to relax from their schoolwork, reflect upon themselves, and make a connection with their friends. This biking trip, along with other dorm trips, contribute to the joyful experience that Villanova students receive.

Musings of a High School Neophyte

October 25, 2016 Anastasia Marks Comments Off on Musings of a High School Neophyte 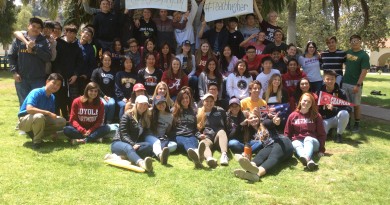 May 25, 2016 Alena Willbur Comments Off on Faculty Appreciation with Starbucks